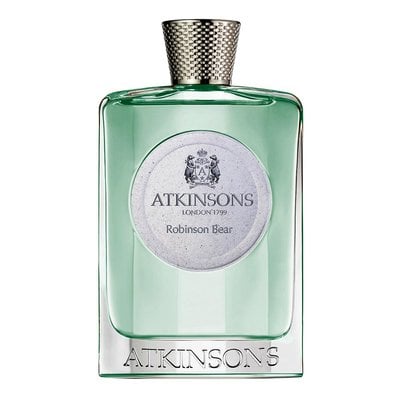 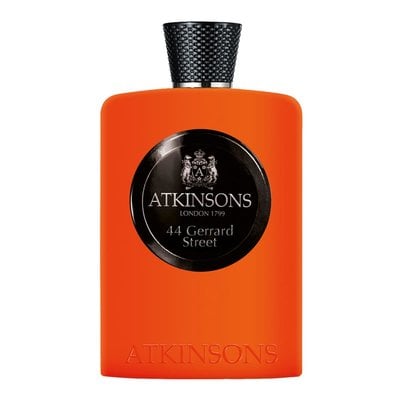 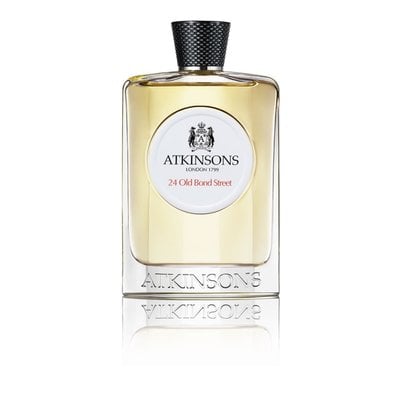 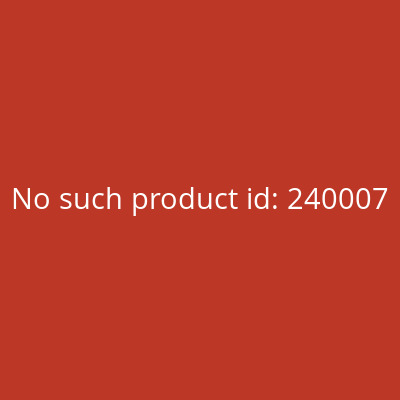 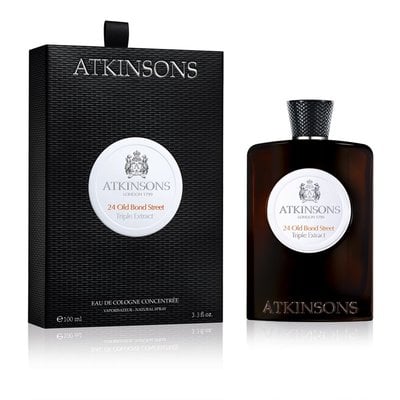 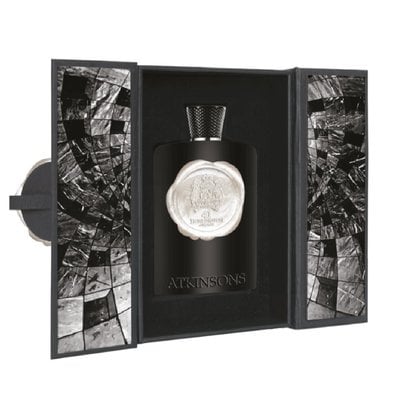 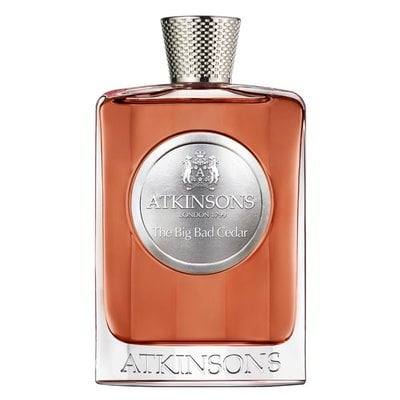 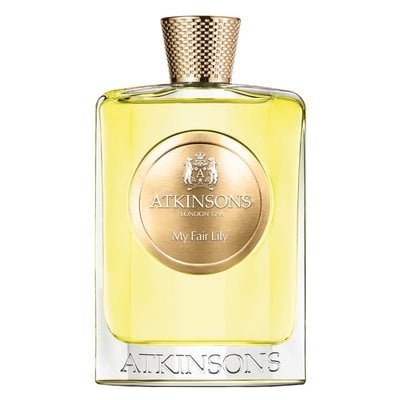 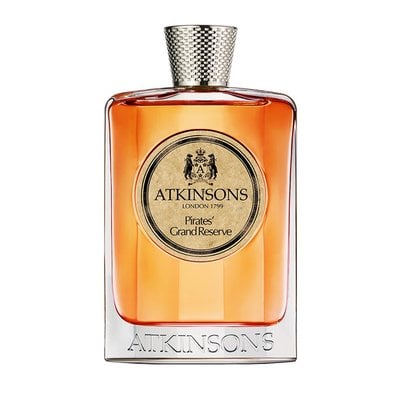 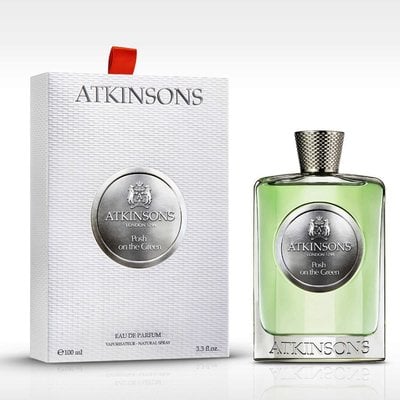 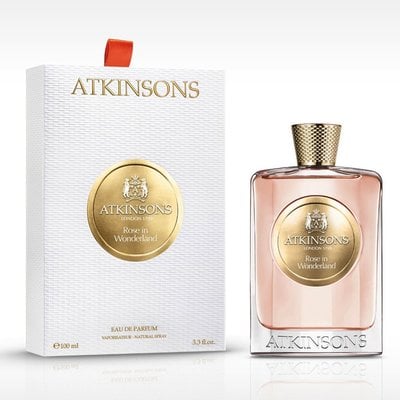 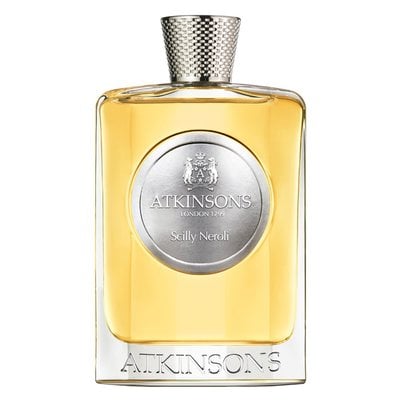 James Atkinson, a business-minded young man from the rural wilderness of Cumberland, set out for London in the spring of 1799 by carriage. In addition to recipes for fine fragrances and toiletries, he also had a considerable supply of bear fat balm perfumed with the scent of roses. And not to forget: a bear in the flesh! Soon London's high society became so enthusiastic about his products that long queues formed at 44 Gerrard Street. Two centuries later, the grumpy bear woke up from its comfortable winter sleep. With English eccentricity and an unmistakable sense of style, Atkinsons heralds a new era of "perfume snobbery". 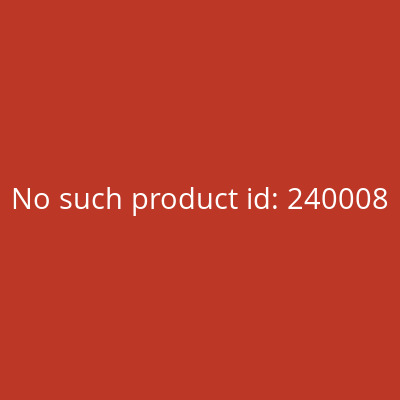 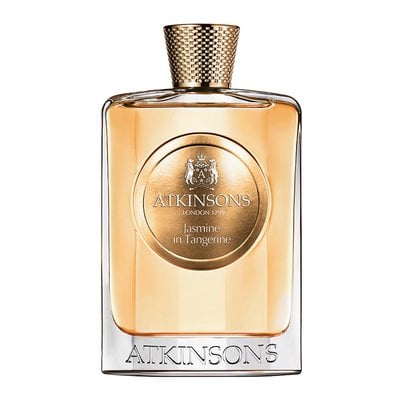 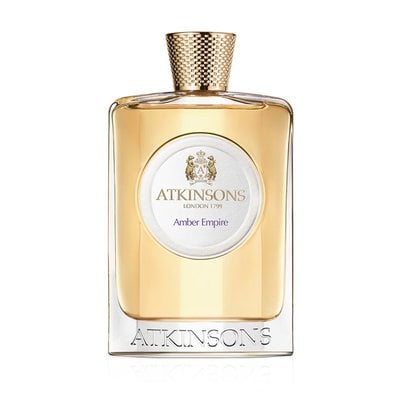 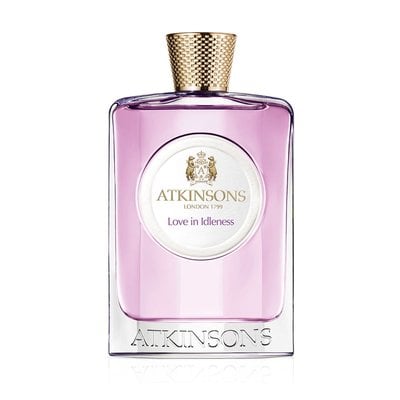 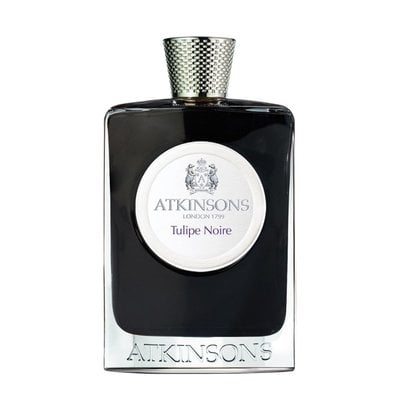 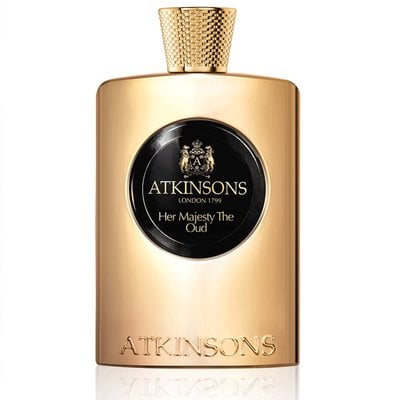 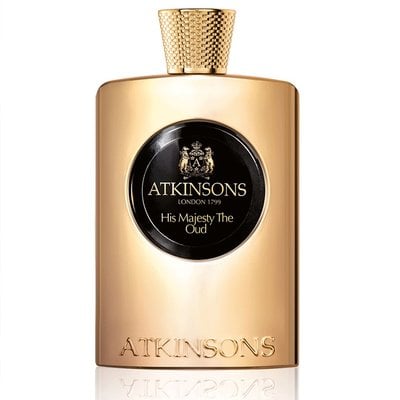 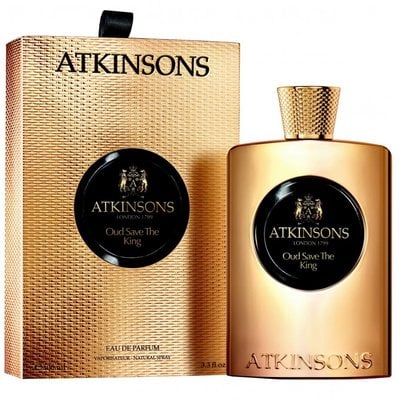 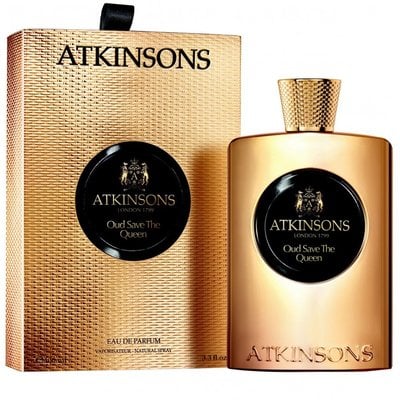 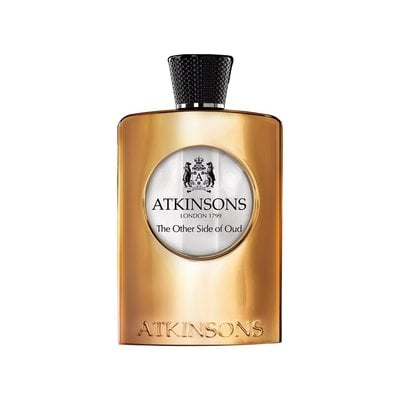 HOT Atkinsons 1799Oud Collection - The Other Side of Oud 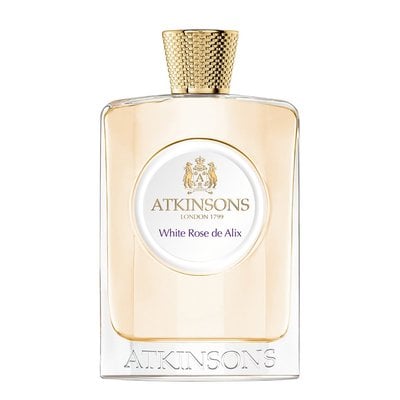 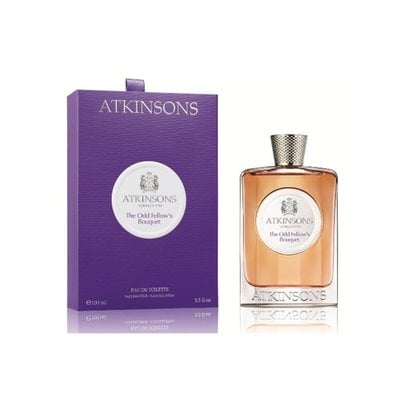 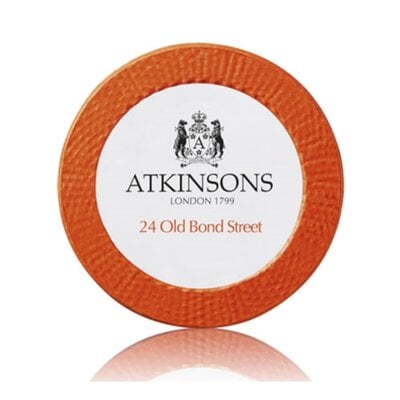 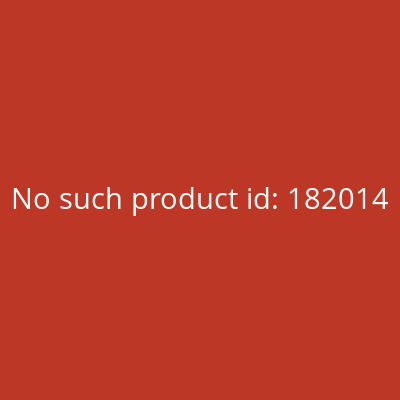 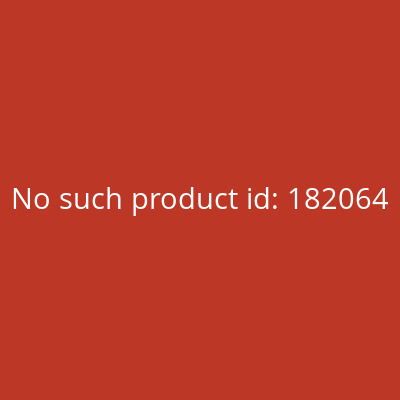 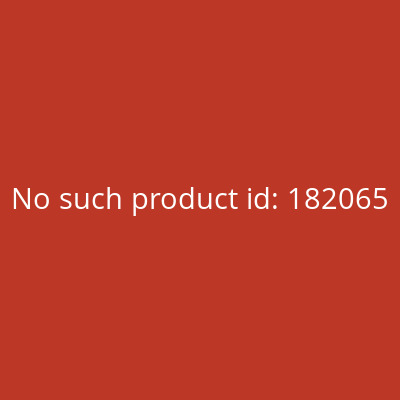 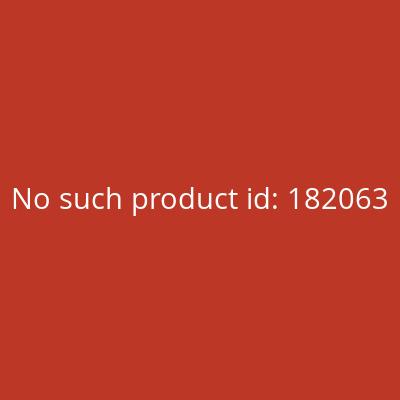 Atkinsons 1799 is a new perfume line from the prestigious perfume house with the same name. It is a luxury collection of four perfumes mixing exotic scents in vividly colored, classic shaped bottles that show off luxury and modern decadence. The classical bear was reinvented on these sturdy glasses, as an honor brought to the 200 years of existence. The perfumes contain reconstructed scents based on the original formulas.

?The British Bouquet? was inspired by the original dandy, Beau Brummell and contains a mixture of lavender, bitter orange, myrtle and leather. This perfume gives a very smooth, fine, somehow glorious feeling. ?Fashion Decree? is an interesting perfume with a scent that reminds you of past times boudoir secrets. It is a mixture of patchouli, fiery pepper, Chinese magnolia and florals. If you are a fan of oriental perfumes, then this particular one will definitely be your favorite.

?The Nuptial Bouquet? is based on the flowers that Queen Victoria carried in her wedding bouquet like lily of the valley, white sandalwood, myrtle and violet leafs. ?The Odd Fellow?s Bouquet? is an interesting and successful mixture of pink peppercorn, tobacco, leather and ginger. This absolutely amazing collection in one of the finest choices you can make.

Atkinsons Perfume tells a wonderful fragrance story: a traditional British perfume house brought to new splendor in the 21st century, with the 2013 rollout of Atkinsons fragrances for men and for women. Today, the company sells truly everything from makeup to aftershave.

How did Atkinsons come into being ?

A sleeping shöness of a story, actually, interwoven with the names of heroes and heroines, princes and dandies on their way in a carriage to London. And as if that weren't enough, also a story of the dishwasher to the millionaire.

It was founded by James Atkinson, who was later joined by his brother Edward Atkinson. James Atkinson traveled to London from Cumberland in the far north of England, with detailed recipes of hygiene products and perfumes he had concocted, along with Bären fat balm and a real Bären.

In their factory at the Eonia Works, Southwark Park Road, Rotherhithe, London, they made perfüms, toiletries and cosmetics. Atkinson's most successful product was initially a hair pomade made with Bären fat. In 1832, James Atkinson was appointed parfümeur at the court of St. James.

What can you expect from the products?

In the faithfully designed bottles of the house you can discover Düfte für men, women and many other products. The selection of Atkinson products are very large; and very popular with many celebrity faces to this day.

The British Bouquet (inspired by Beau Brummell, with lavender, myrtle, bitter orange and lemon, interwoven with a leather accord), Fashion Decree (inspired by a Ära, in which scarves and silks with patchouli flowers; ttern were shipped aroundüllt) or the stunning Oud Save the King, which is as masculine, charismatic and extravagantly elegant as the glamorousöse crown prince who inspired it.

Whether it's The Legendary Collection, The Contemporary Collection or The Grooming collection (for men), Atkinsons is producing all of it in 2021 and will be releasing more great products.

A classically cool unisex cologne with a dash of juniper brightening up a simple, soft rose. And it was certainly the favorite of the judges at the 2014 Fragrance Foundation Awards in the Perfume Extraordinaire category - which is blind-tested by perfumers, with no knowledge of brands or influence from packaging. In the Triple Extract Edition, the fragrance takes on a special depth and becomes wonderfully long-lasting and intense.

Inspired by a Chinese snuff box, Amber Empire is a recreation of the original 1927 Atkinson's Amber Empire, which was one of the first oriental fragrances introduced to the Western world. This fragrance belonged to the base of all fragrances. Carved from precious amber accords captured in slow rising drifts of oolong tea, earthy and rich, this evocative, atmospheric perfume is fragrant and long lasting.

Atkinsons - Lavender on the Rocks (THE CONTEMPORARY COLLECTION)

A stylish, sharp update of an English perennial, a lavender scent with electric contrasts. An ice-cold lavender cocktail (shaken, not stirred) ignites into an aromatic, white-hot fieriness that coos all over the body. Mixed like fine spirits, this strong, icy eau de parfum creates a deliciously delirious rush that is both invigorating and disorienting. Elegance is at the top of the list here!

And what about Atkinsons - Gold Fair in Mayfair?

This highly limited edition fragrance is sadly no longer available, but quickly became a celebrated legend among fragrance lovers.

To celebrate its first year back in its historic home of Mayfair, Atkinsons is launching a luxurious new limited edition fragrance, Gold Fair In Mayfair. Limited to just 2000 bottles, this original fragrance pays homage to this rarest of London neighborhoods.

The concept for the new fragrance was inspired by the striking art wall in the new Maison in Burlington Arcade. Created by designer Christopher Jenner, the wall is a masterpiece of Verre Eglomisé, a glassäetching technique that gives the store its shimmering interior texture.

The fragrance unfolds into a warm, floral bouquet of iris, cocoa beans and sage, before deeper notes of ambrox, vetiver and styrax conclude the luminous, ambered cocktail. This fragrance was created by Philippine Courtiére.

For gentlemen who want to look as good as they smell, Atkinsons presents a new Grooming Collection. Made in the best British barbershop tradition, these excellent deluxe shaving creams, pre- and after-shave balms and beard & mustache salve are perfumed with invigoratingly aromatic 24 Old Bond Street English cologne and packed with the most potent botanical ingredients.

Atkinsons' Pre & After-Shave Balm is the best multi-purpose protection for your skin against the razor blade. This fast-absorbing cream-gel conditions the skin and bändig beard hairs and allows the blade über cheek and chin. After shaving, it moisturizes, soothes, repairs and refreshes for a long-lasting feeling of relaxation and revitalization. The skin feels pleasant and supple and smells wonderful.

Atkinsons' Beard & Moustache Salve tames the wildest whiskers with its highly effective, softening and conditioning formula. This pleasantly textured cream salve is easily absorbed and non-greasy. It minimizes itching and brings even the most unruly beard and mustache (and even hair) into stylish, delicately scented submission.

Atkinsons is an old perfume house and was founded more than 200 years ago. The earliest edition was created in 1799 and the newest one is from 2020. You can find Atkinsons fragrances in almost every perfümerie. Many people are convinced of this brand üas tradition has been proven through several years. From freshness to elegance, the variety of Atkinsons perfumes is very large. Atkinsons is especially known for creating perfumes for women and men.